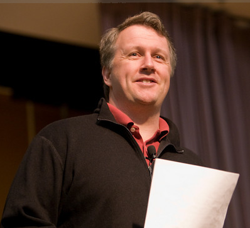 Paul Graham is an essayist programmer, and investor. In 1995 he developed with Robert Morris the first web-based application, Viaweb, which was acquired by Yahoo in 1998. In 2002 he described a simple statistical spam filter that inspired a new generation of filters. In 2005 he was one of the founders of Y Combinator. He and Robert Morris are currently working on a new Lisp dialect called Arc. Paul is the author of On Lisp (Prentice Hall, 1993), ANSI Common Lisp (Prentice Hall, 1995), and Hackers & Painters (O'Reilly, 2004).

Paul's recent focus has been on the startup incubator YCombinator, which he founded. YCombinator is the most successful seed-funding incubator in recent times, and includes Reddit, Dropbox, Airbnb, and Hipmunk among its alumni. 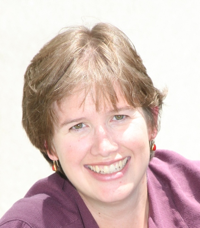 Stormy Peters is the Head of Developer Engagement at Mozilla. Stormy is also an advisor for HFOSS, IntraHealth Open and Open Source for America, as well as founder and president of Kids on Computers, a nonprofit organization setting up computer labs in developing countries.

Stormy joined Mozilla from the GNOME Foundation where she served as executive director. Previously, she worked at OpenLogic where she set up their OpenLogic Expert Community as well as founding the Hewlett-Packard Open Source Program Office. Stormy graduated from Rice University with a B.A. in Computer Science.

She is passionate about open source software and educates companies and communities on how open source software is changing the software industry. She is a compelling speaker who engages her audiences during and after her presentations; and has spoken at OSCON, GUADEC and other conferences. Her talk "Would you do it again for Free" for example; is an excellent talk on Open Source and motivation. 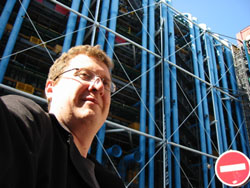 David is an independent software developer and book author living in the city of Chicago. Primarily working on programming tools, provide custom software development, and teach practical programming courses for software developers, scientists, and engineers. He is best known for his work with the Python programming language where he have created several open-source packages (e.g., Swig and PLY) and authored the acclaimed Python Essential Reference.

Recently, David is the mad genius behind the mind blowing Python GIL at a Chicago Chipy meeting and the followup understanding the Python GIL talk at PyCon 2010 and his diabolical PyCon 2011 Using Python 3 to Build a Cloud Computing Service for my Superboard II. 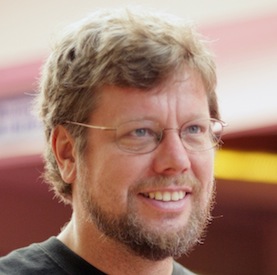 Guido van Rossum is the author of the Python programming language. He continues to serve as the "Benevolent Dictator For Life" (BDFL), meaning that he continues to oversee the Python development process, making decisions where necessary. He is currently employed by Google.