IPython provides tools for interactive and parallel computing that are widely used in scientific computing, but can benefit any Python developer.

We will show how to use IPython in different ways, as: an interactive shell, an embedded shell, a graphical console, a network-aware VM in GUIs, a web-based notebook with code, graphics and rich HTML, and a high-level framework for parallel computing.

IPython started in 2001 simply as a better interactive Python shell. Over the last decade it has grown into a powerful set of interlocking tools that maximize developer productivity in Python while working interactively.

Today, IPython consists of a kernel that executes the user code and provides many features for introspection and namespace manipulation, and tools to control this kernel either in-process or out-of-process thanks to a well-specified communications protocol implemented over ZeroMQ. This architecture allows the core features to be accessed via a variety of clients, each providing unique functionality tuned to a specific use case: 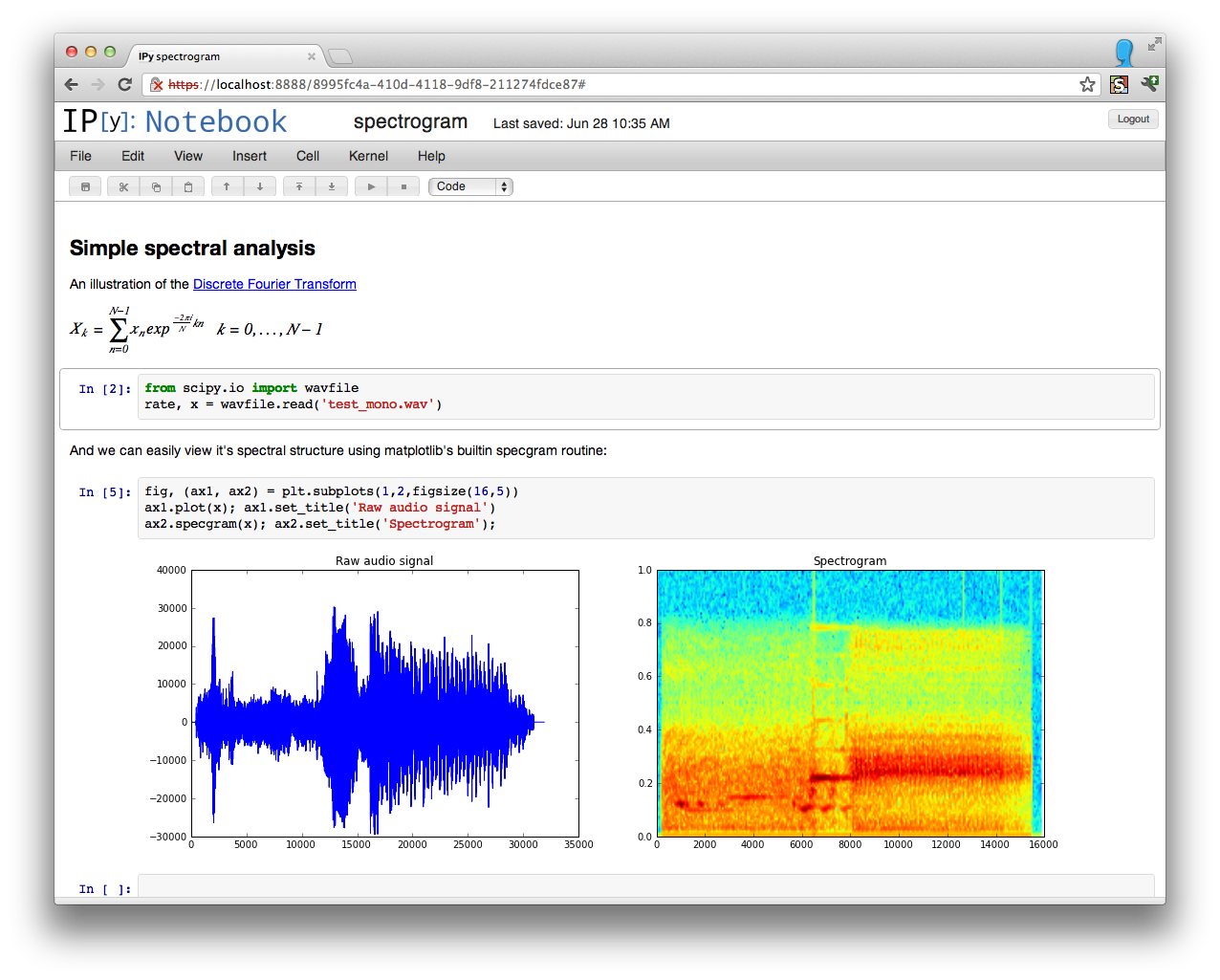 In this hands-on, in-depth tutorial, we will briefly describe IPython's architecture and will then show how to use the above tools for a highly productive workflow in Python.

An outline of the tutorial follows:

The IPython Notebook - Interactive usage of the notebook - The IPython display protocol: defining custom display methods for your own objects (HTML, Images, JavaScript). - Constructing interactive elements in Javascript that call back to Python. - Converting notebooks to other formats for sharing, blogging and publication.

Parallelism with IPython - basic architecture: the concept of an "interactive IPython cluster" - direct execution of code across engines in a cluster - dynamic load-balancing of tasks - IPython engines in the cloud (illustrated with Amazon EC2 instances).

At the end of this tutorial, attendees will have an understanding of the overall design of IPython not only as a (better) python shell, but as a suite of applications they can use and combine in multiple ways in the course of their development work with Python. They will learn:

For full details about IPython including documentation, previous presentations and videos of talks, please see the project website.